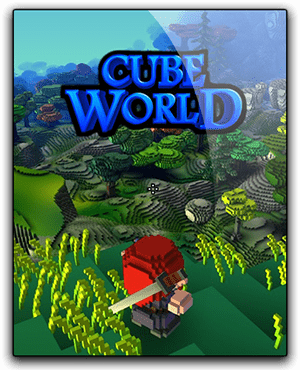 Cube World is an action game that is voxel-base and focuses on exploration. Gaming occurs in a fantasy world that is procedurally generated, and it’s design entirely with cubes. While the game is somewhat challenging at the beginning owning to its design, it inspires a player to invest in characters all through the play. This means you need to collect any item or resource that you can from equipping yourself effectively for combat. To realize success at the beginning of the game, you need to take on easy enemies who are weaker.

Once you get used to the combat in the Cube World descargar, you can advance and handle tougher opponents. Usually, the level of difficulty of different enemies is identified through color codes. Adversaries with white color are the easiest to defeat while the toughest have a yellow color code. Picroma developer of cube World. Release of the alpha version of the game took place in July 2013. It was until 30 September 2019 when the official release of Cube World was done.

How to select a character at Cube World?

Once you get start with the game, the first thing you need to do is to create a character. Players are free to select any color, hairstyle, face, gender, and race they want. Besides, It’s up to the player to choose the cosmetic of their character, although that does not have any effect on the gameplay. The class you select has an impact on gameplay and thus should be selecte wisely.

Here are the classes of characters you will find in Cube World:

Beginning with a massive mace, this class permits you to bring down adversaries at close range. Being a warrior, you can render powerful blows that easily knock your opponents. With a warrior class, you have an enormous advantage in combat, as you can easily bring down any approaching enemy. So this class is best suite for the aggressive individual who wants to stay on the battlefield.

This is perhaps the most difficult character in Cube World that you can start off with. This is because you must be a patient player when you are a ranger since you want to discover enemies from a distance and shot them from very far. While you can attack opponents from a close range, your special or normal attack will barely bring down enemies. This means you don’t have that advantageous position of destroying enemies from a close distance. This character gets exciting once you get use to the game and have the moves and tactics of your opponents.

A mage character is among the best choices you can make. This character is a fantastic all-round and can heal itself. A mage character comes with a staff, and you get to choose your water or fire spell. A mage can hit hard and knock down enemies from a distance. This makes you very effective as though you were fighting at close range. You can have the water spells healing you as enemies run to you.

This is another strong character that comes with two daggers. A rogue uses these daggers to attack enemies very quickly at close range. The rogue has the advantage of making effective attacks that knocks foes down very fast. In doing so, you can do great damage to the enemies by stabbing them frequently. As you get use to this character, you get to master stealth tactics and make instant kills when you become sneaky enough.

With this understanding, chose your character widely base on the qualities you want to have. Ensure to name your character and create them. Also, insert a number for your world’s seed, name it too, and they proceed inside. Once you are inside the Cube World game, make sure to choose your skills base on the kind of fight you want. Changing your specialization, later on, will cost you money, and no player would want, such while it can be avoided by choosing your skills correctly.

How to win fights at Cube World?

You will possibly spawn in your world with a turtle being just next to you. No matter what you do, avoid attacking the turtle! This is because the turtle is a mini-tank and can easily destroy you. So if you attack it, it will either kill you, or you will have to run very far to avoid it. Besides, when you start this game, you will find lots of creatures and monsters around. Many of these are likely to be stronger than you. So the best way to get start is to attack random friends and enemies so that you know those that you can and can’t destroy.

Have look into the trailer

Ensure to fight one enemy at a time.

Some of the best adversaries to look for and attack are Radishlings, Onionling, and Cormling. These are less strong, and you can successfully win fights against them as you adjust your attacking tactics using your capabilities. Once you get use to the fights and become more confident, try harder enemies. When jumping down a massive drop while running away from an enemy, ensure to initiate rolling by pressing the middle button of your mouse just before hitting the ground. In doing so, you avoid taking fall damage even from tall heights. When attacking, ensure to utilize normal attacks to increase the chances of making the blue MP full. Other than Ranger, most characters render huge special attacks when the blue MP’s bar is full. You will easily knock down enemies using special attacks.

About fighting, search the map, and locate a campfire with a bedroll and not its location.

The importance of this is that when you are low on health, you can restore your health quickly by sleeping at the campfire. You should do this, particularly when you don’t want to utilize your health portions. Enemies that are likely to attack you will have red names that are usually locate above their heads. These enemies will sprint at you to attack whenever you draw too close to them. On the contrary, friendly adventures and creatures are identified through their green names that are position right above their heads.

To earn some copper coins as you fight enemies, attack adventurers, as they drop some of the money they carry. Begin to collect coins as early as possible. Make sure to take note of the number of damage enemies inflicts on you and weigh it against the damage you cause on them. Whenever you realize that much damage is being done on you, run away. Getting start with Cube World PC has been termed as the slowest and hardest part of the game. However, this might change as more features are incorporated in future updates to the game. 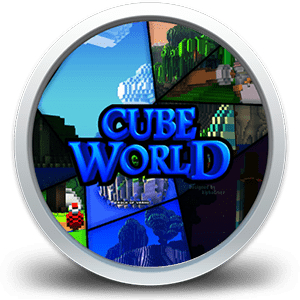 Find out whether your system qualifies to run Cube World.